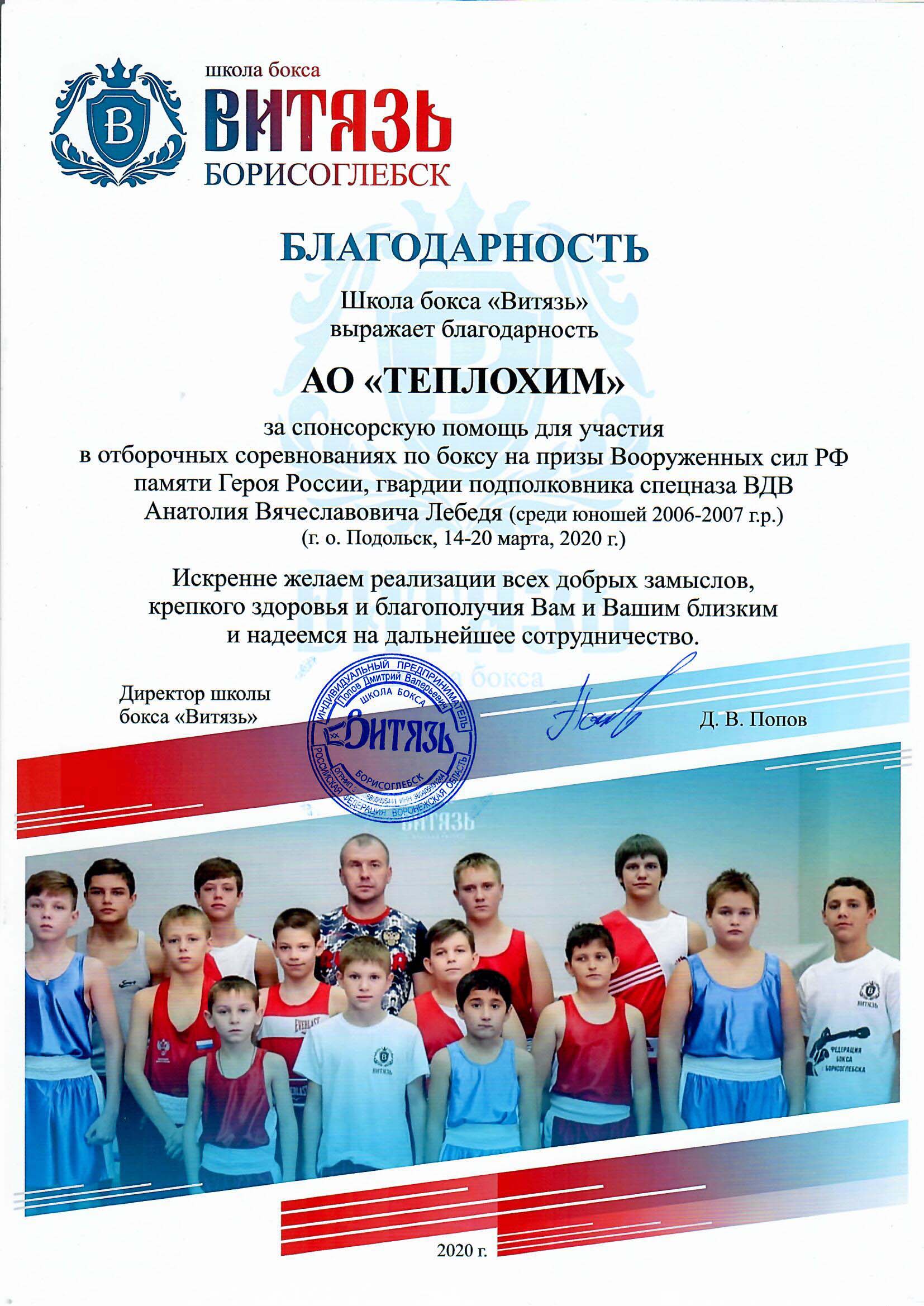 From March 14 to 20, 2020 in Podolsk, Moscow region, the championship of the Armed forces of the Russian Federation in Boxing in memory of the hero of Russia guard Lieutenant Colonel of the airborne forces Anatoly Lebed was held. 216 boxers born in 2006-2007 from different parts of the country participated in the championship. These competitions were considered qualifying: the winners received permits to the championship of Russia.

Borisoglebsk was represented by three pupils of the Borisoglebsk youth sports school and the Vityaz Boxing school»: Jaroslav Trunov Egor Svoikin and Ilya Sunyaev. The participation of athletes of the Vityaz Boxing school in the competition took place thanks to sponsorship from Teplohim JSC. The level of competition was quite high, but the guys performed well — they held 2 fights, the first of which Yegor Svoykin and Ilya Shunyaev won. Yaroslav Trunov took an honorable second place in the championship: only a step separated him from winning the tournament and getting a ticket to the Russian championship.

The Director of the Vityaz Boxing school, D. V. Popov, expressed gratitude to Teplohim JSC for providing sponsorship support for participation in the Boxing sports championship.